“I find the app more helpful than our actual website. When people go to the app, everything is there. Just go to the section you want, and the content is at your fingertips.” 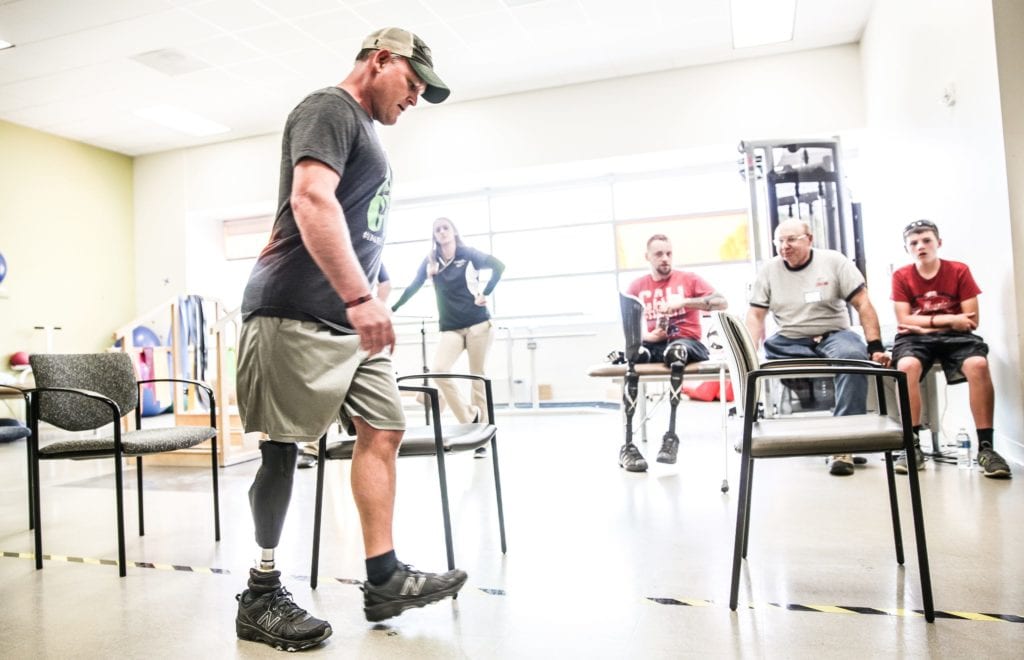 Todd Schaffhauser became an above-knee amputee in 1985. He lost his leg at age 15 due to bone cancer.

During the rehabilitation process, his physical therapist encouraged him to compete in the Paralympics. Todd learned to run on his prosthetic leg and became a Paralympic Games gold medalist in 1988. He also holds three world records.

Todd founded the Amputee Walking School in 1988, after revolutionizing the way people run with above-knee prosthetics.

He started the business as a way to endorse his Paralympic team. At the time, Todd was going to school for physical therapy. He wanted to combine his physical therapy schooling with an athletic presence at the Amputee Walking School.

To say Todd’s story is an inspiration would be an understatement.

Years after founding the Amputee Walking School, Todd was continuing to break new barriers for amputee runners. No above-knee amputee had ever broken the 15-second mark in the 100-meter dash. At the 1995 World Games in Germany, Todd ran the 100m in 14.55 seconds.

More than 30,000 people are members of the Amputee Walking School. Some individual programs have over 500 people, and they assist at least 1,000 people per year. 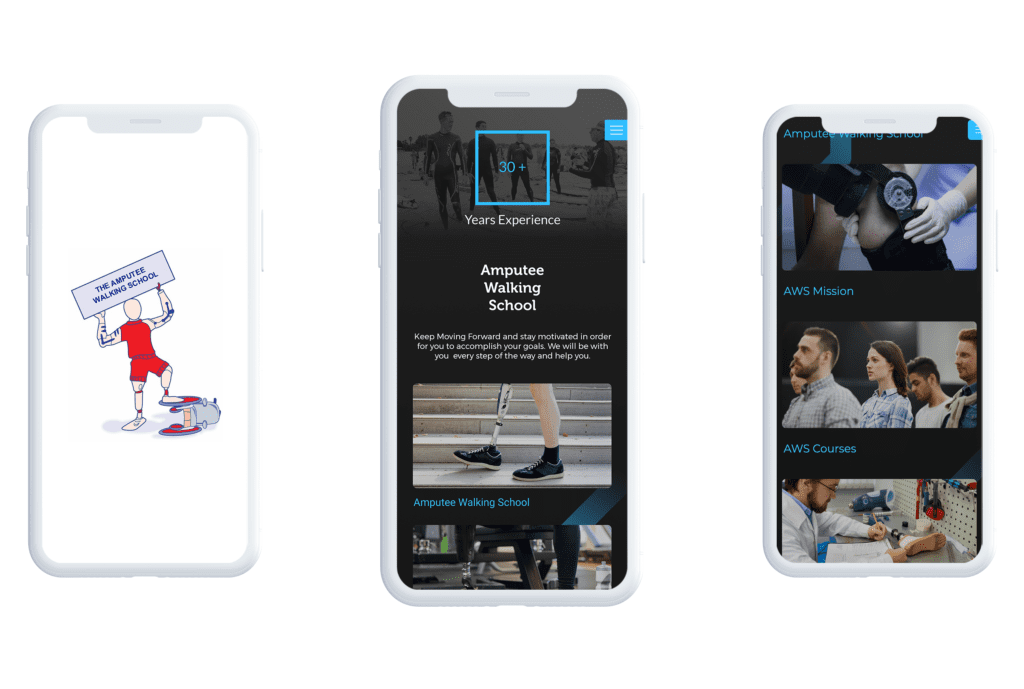 The Amputee Walking School treats patients of all ages. It provides them a way to deal with the mental aspects of amputation, in addition to the physical care required.

Programs are designed to help new amputees as well as those who are contemplating an amputation. The school works with hospitals and prosthetic companies across the country. Outpatient services are part of the program.  The Amputee Walking School also trains physical therapists on techniques for working with amputees during rehab.

However, there were problems with the existing system. Physical therapists and case managers were constantly getting continuing education credits but struggled to retain that information.

Todd explains, “Let’s say we train a therapist on a Saturday. How does this carry on to their daily work life? If they meet with a patient two weeks later, how does everything stay fresh?”

“We needed to build an app so that the therapists can have content on their phones,” Todd continued. “Patients can look at the screen and mimic the movements.”

An app could be used as a tool to fill the gaps between physical therapy training and the patients’ actual treatments, which would solve Todd’s problem. 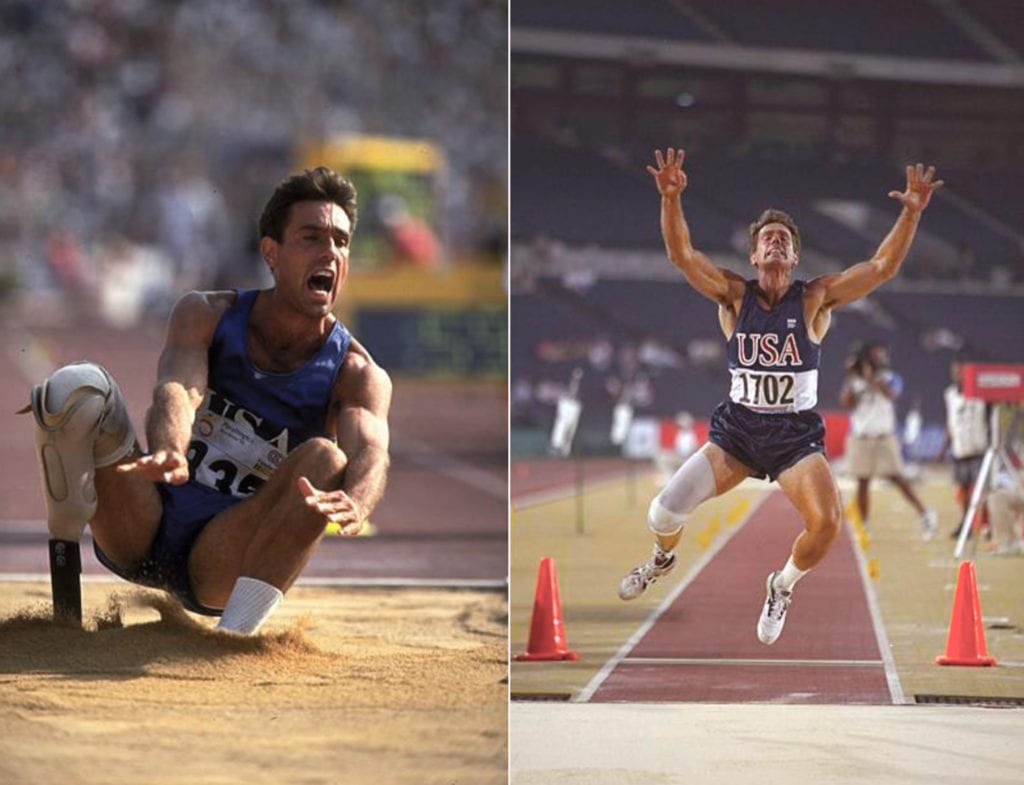 Todd had some specific requirements to consider as he looked for a way to develop the concept of his app.

“The one thing I wanted to do was be hands-on, so I can go in and change things,” he says. “I wanted to be able to manage the app myself on a daily basis if I needed to update it.”

Todd was pleased when he found BuildFire since the platform gave him the ability to do exactly what he wanted. Knowing that he’d have resources during development was another bonus.

“I’ve used BuildFire University a lot to learn how different features can be utilized. I’d learn something and then apply it to the app, and it turned out really great.”

Using the BuildFire platform, Todd was able to put everything he needed into the Amputee Walking School App on his own.

The app contains courses, schedules, and a walking challenge with a leaderboard. He also included general access to resources like the Amputee Coalition of America.

“With the courses, I’m able to actually build the course. I can add videos, text, and all of the info so people can view it whenever they want.”

Todd says that the walking challenge is one of the app’s most used features. “Even though it’s just a Google Doc link, it looks like an actual program on the app. So people are very impressed by it, even though it’s a simple thing.”

Building the app was easy for Todd, even though he had no prior experience. “It’s kind of like Wix,” Todd explains. “You just gather the content you want and see how you can display it through different features in the BuildFire Marketplace.” 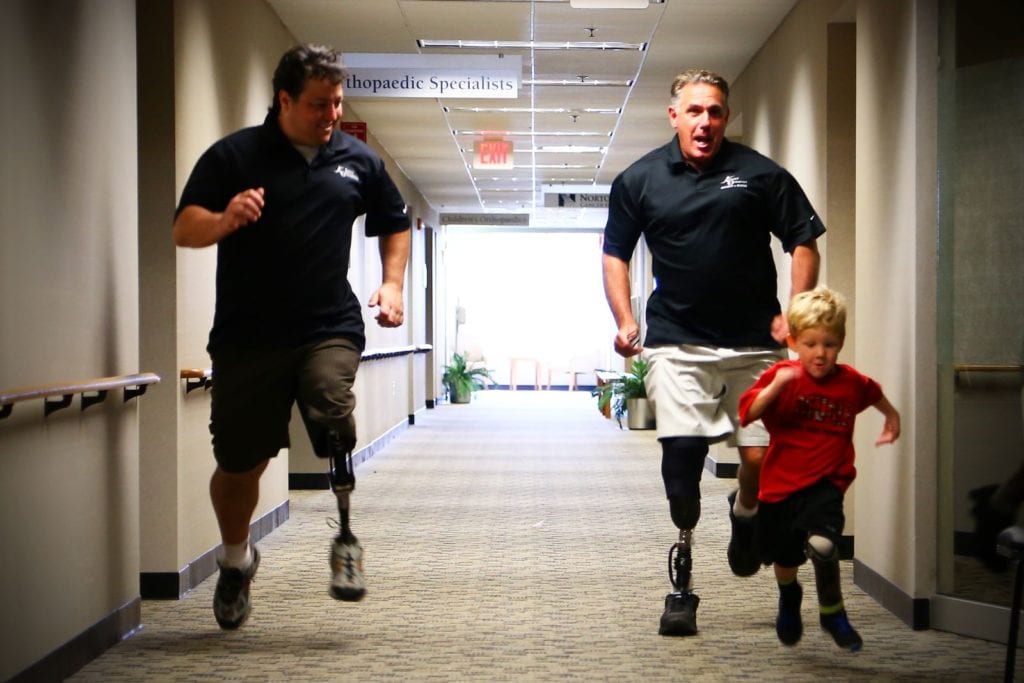 The Future For Success and Inspiration

Even though they are just targeting a small niche of the general population, the Amputee Walking School app has been a major success.

“Those who use it, they use it a lot. It’s a necessary tool for their treatment,” Todd says.

One of the many inspiring success stories comes from an above-knee amputee who lost his leg at 350 pounds. The patient used the app to do the walking challenge. He went from walking 463 steps on his first day to walking 2.4 million steps in a year.

“He went from doing no activity to doing lots of activity, went back to work, and dropped the weight.”

Amputee patients aren’t the only ones benefiting from the app. Todd says he gets calls and emails from physical therapists all the time.

According to Todd, a typical call sounds like, “Hey, I was working with a patient and using your app. I went to the courses, showed them what to do, and they were able to do it within seconds.”

Todd still has big goals and aspirations for the app moving forward. In addition to reaching more therapists, educators, and prosthetic companies, he wants to create a community for amputees.

The app can serve as a way for people to share success stories, get inspired, and motivate each other. It can also be a tool for the families of an amputee. If an older patient is losing a leg from diabetes, their children can use the app as a resource to find information.

Todd is planning to use geofence technology, and the social wall features so amputees can find local support groups in their areas.

“We’ve been using the app for a couple of years and had great success. We love being able to manage it on our end and have everything right at our fingertips whenever we need support.” 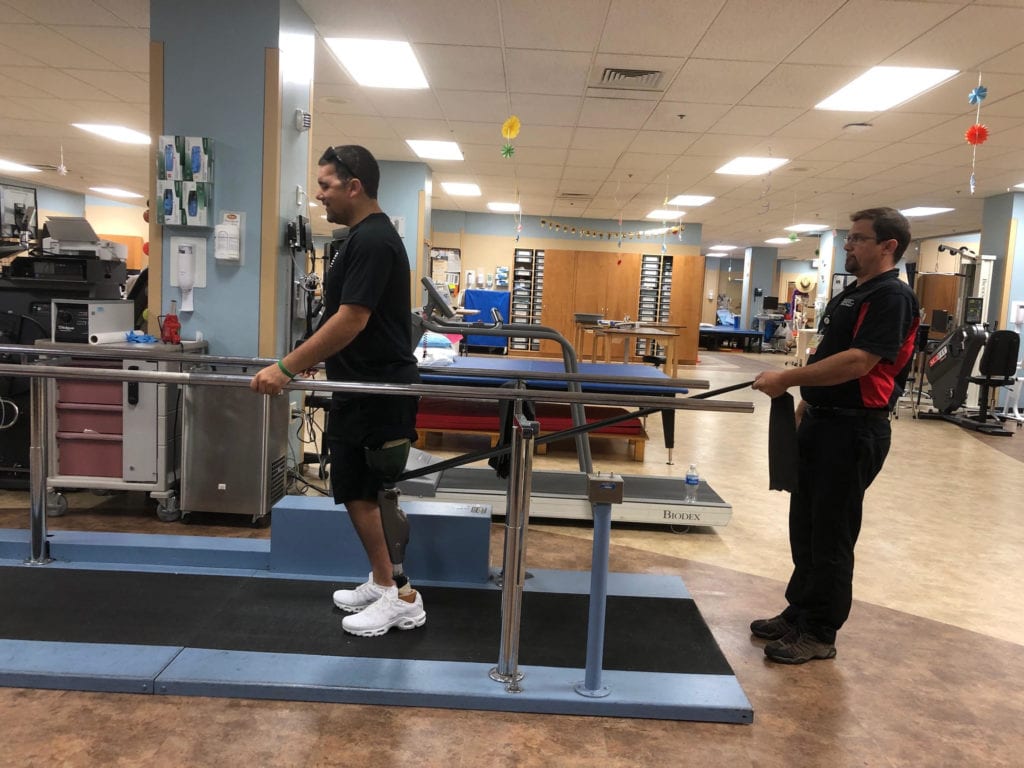