“I really like our ability to control our final product with the support of BuildFire. There were times where I needed functionality, and BuildFire said, ‘We don’t have that yet, but we’ll build that for you.’ It feels like we’re partnering with BuildFire for the future to keep growing together. I really appreciate that relationship.”

Mother Flipping Awesome is a lifeline and support system for spirited children and dispirited parents.

Abigail Wald founded the company out of necessity. As a mother of two young children, Abigail was tired, trying to figure things out, and felt tapped out by parenting. “I found myself really overwhelmed by all of the parenting ideas out there. That may work for your kids, but it doesn’t work for my kids,” Abigail explains.

She wanted to build a support system to help parents matter in their kid’s lives. Mother Flipping Awesome empowers parents worldwide to build a better future.

Today, Abigail is a certified instructor who achieves her mission by working directly with parents. She accomplishes this through intimate coaching sessions that are 100% online.

The Mother Flipping Awesome podcast has more than 1+ million downloads worldwide, and her coaching program is booked out for months in advance. 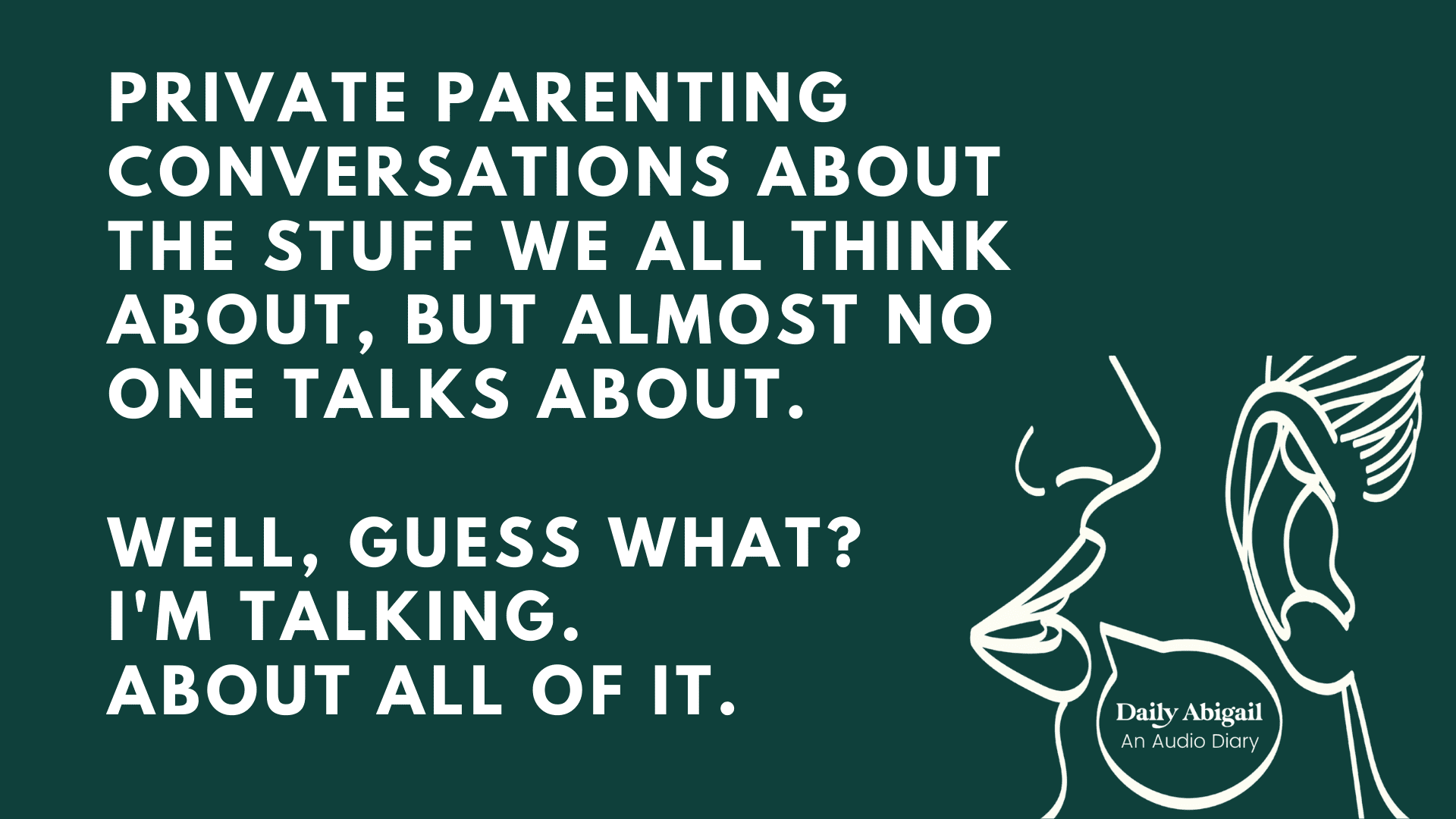 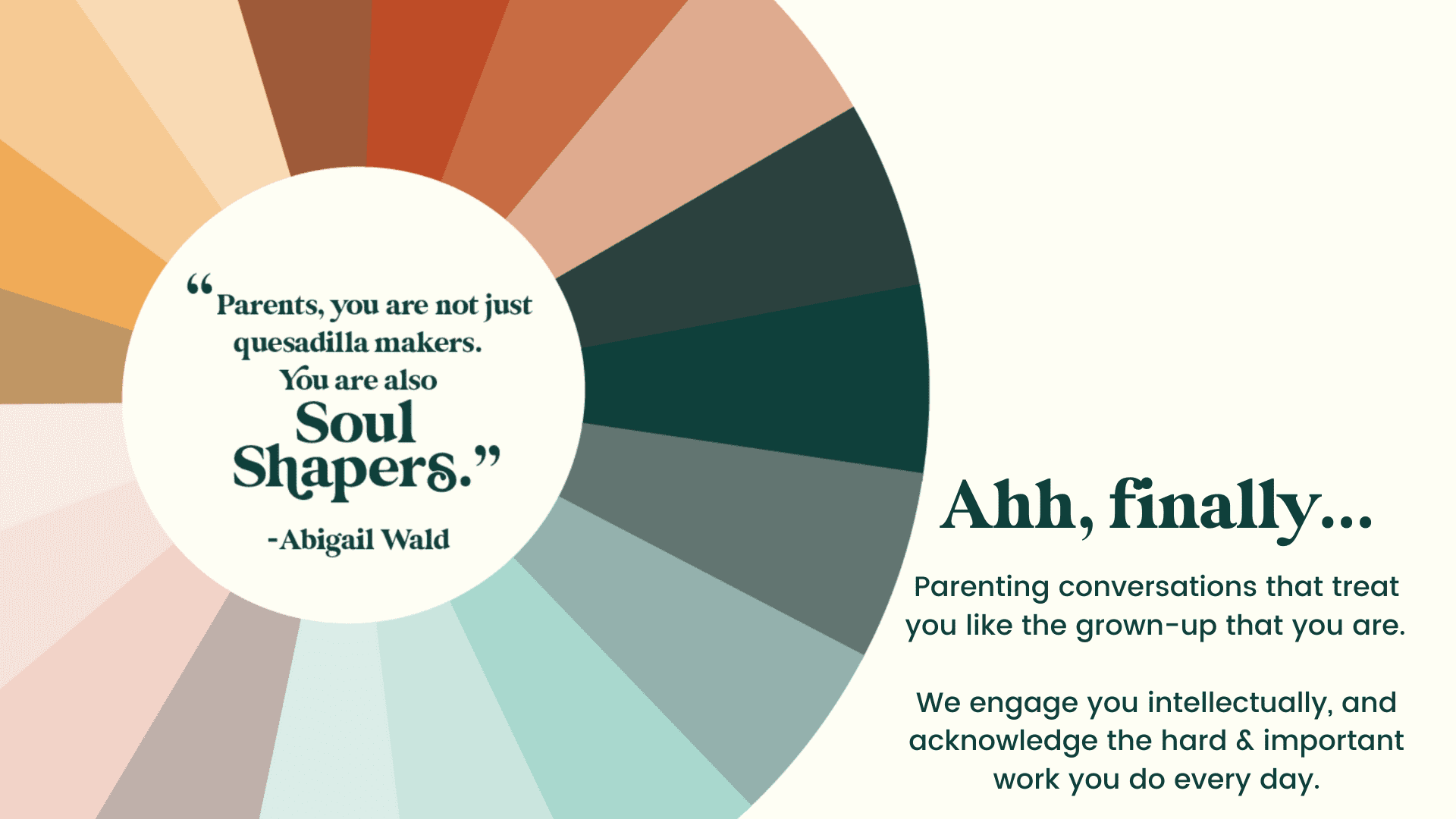 Mother Flipping Awesome’s coaching service is a big commitment for families. It involves months of mentorship working directly with Abigail.

But not every family can commit to something like this. So Abigail needed a way to reach more parents.

“I wanted to have a low investment and easy opportunity for parents who aren’t ready to make a six-month mentorship commitment.” She decided that an app would be an easy way for parents to get a daily quick fix. “They can make real change in their lives today from their phones.”

“The work we do is so deep, so personal, and so intimate,” she explains. “Social media doesn’t feel like the way I want to do that kind of work.”

But without the power of social media, it’s tough for Abigail to follow her mission.

“I want this to be a movement well beyond my business,” Abigail says. “I’m really invested in helping parents change this world.” Mother Flipping Awesome aspires to reach hundreds of thousands of parents worldwide. This can’t be done with one-on-one coaching sessions alone.

The solution? A social media aspect within the mobile app. 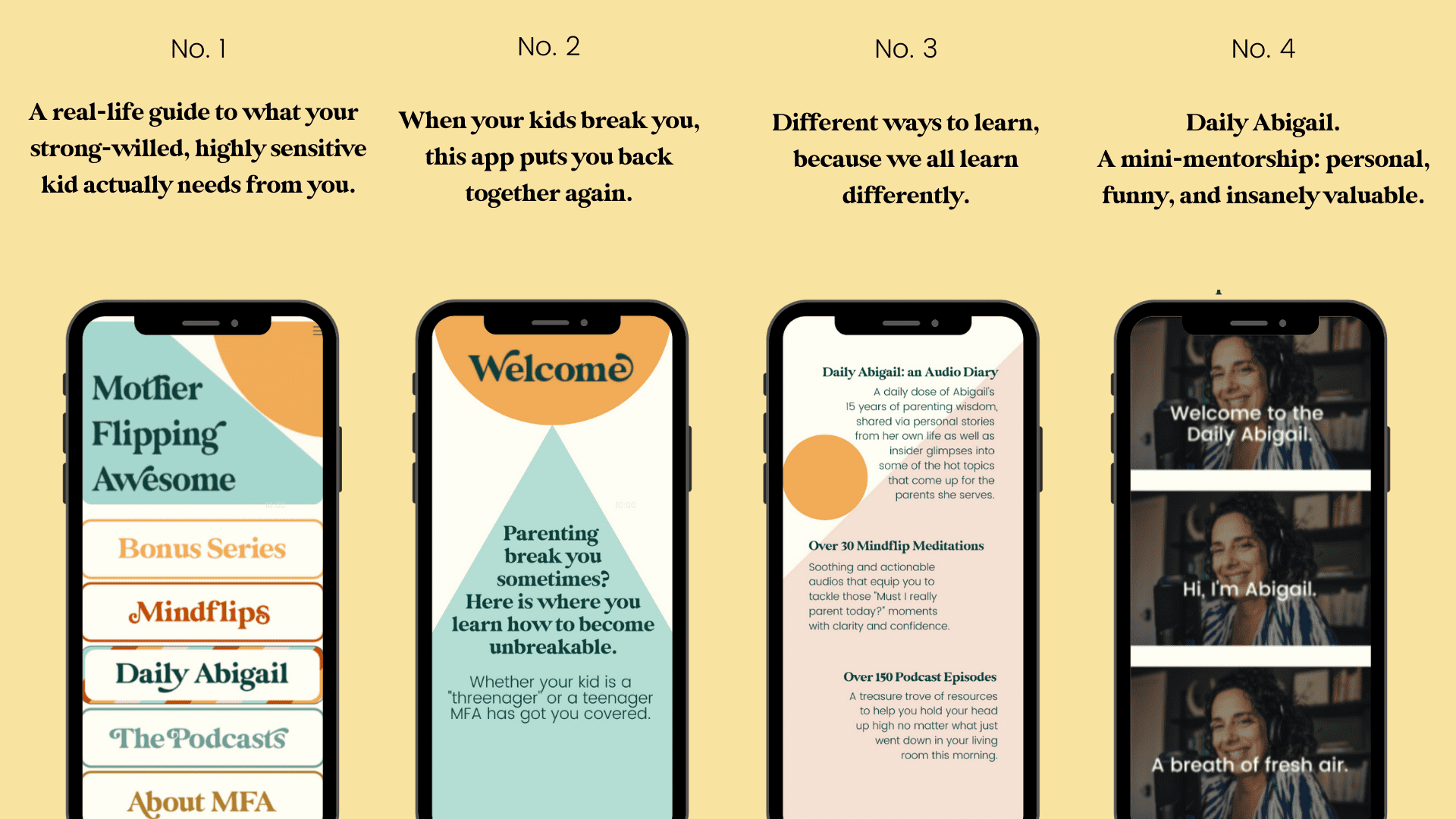 First, it gives parents quick access to helpful coaching resources on a daily basis—without a long-term mentorship commitment. The app also provides the community aspect of social media in a more intimate setting.

“We’re transitioning the app to be our own version of social media. It’s a private social media channel that we use as our way to communicate in a private and safe space.”

Mother Flipping Awesome is also using the app as a way to distribute a private podcast.

Abigail’s path to the launch didn’t happen overnight. Before working with BuildFire, the app was initially built on another platform. But days before release, Abigail realized this wasn’t the best option for Mother Flipping Awesome. “The week of the launch, we pulled the plug.”

After months of sitting on an unfinished project, Abigail discovered BuildFire. She wanted to build the app on her own without having to hire someone for $100,000 to create it for her.

Once she started working with BuildFire, she immediately realized that this was the best solution for her app. “The other platform just didn’t have the capabilities that BuildFire has.”

BuildFire provided Mother Flipping Awesome the ability to monetize its mission with a mobile app.

The Future of Mother Flipping Awesome 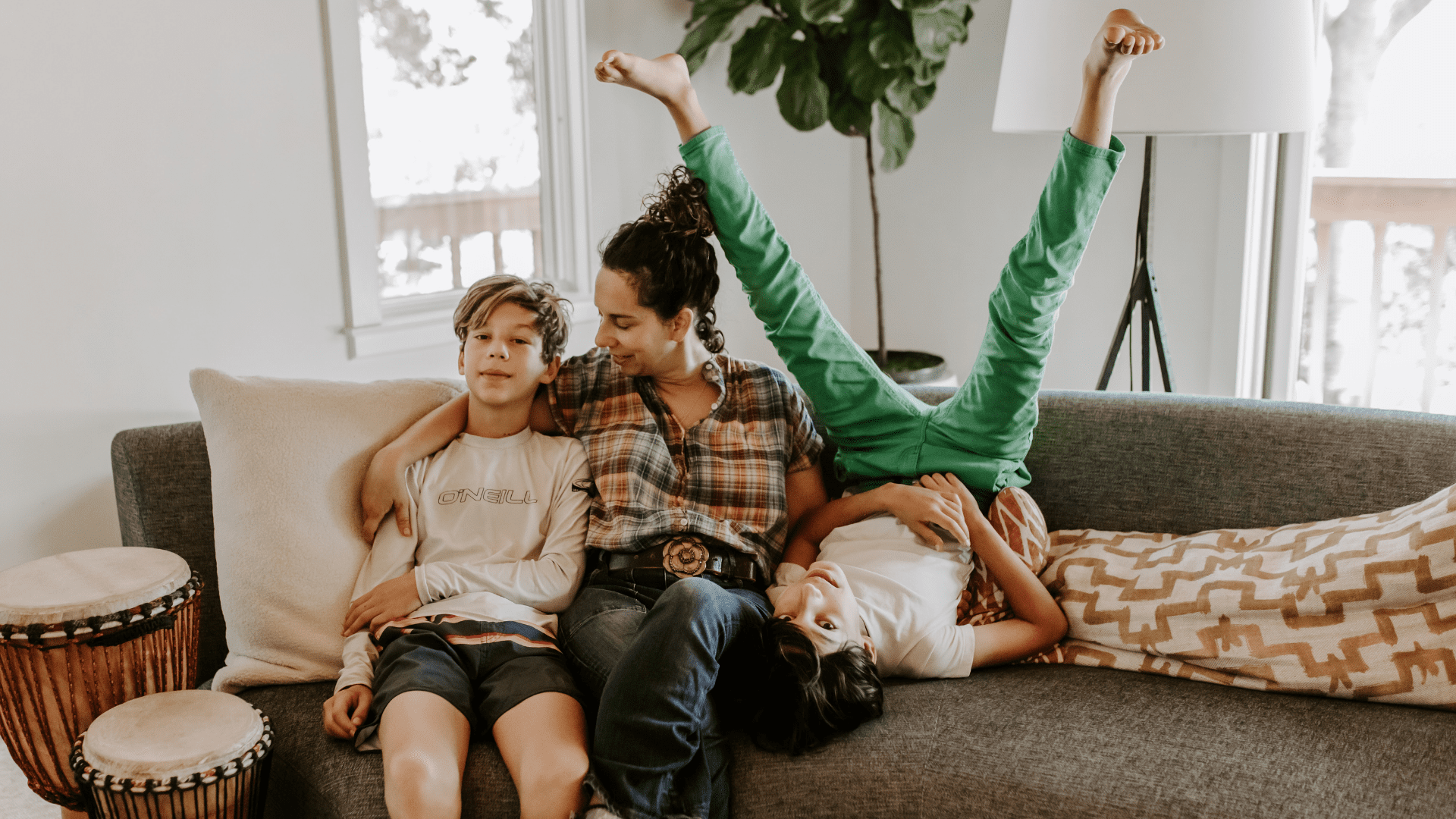 When asked about the results she’s seeing after launching her app with BuildFire, Abigail didn’t hesitate to say, “The app has changed my business.”

“Right off the bat, the app paid for itself. Immediately within the first month, we had enough users to cover our expenses.”

She continues explaining that the retention rates have been fabulous, and the app gives her direct communication with her audience.

The app also provides Abigail the opportunity to reach thousands of families across the globe. This is something that could never be achieved with individual mentorship programs alone.

Moving forward, Abigail and her team plan to create a private audio diary in the app. They’re also building courses with step-by-step experiences for their members.

“I’m very excited about the direction we’re taking with the app. It’s allowing us to fulfill our mission.”