“I made something that actually helps people and that supports people through the process and will support many, many, many more in the future.”

Amber Peters is passionate about helping high schoolers and their parents plan for college and career success. Her enthusiasm runs through every part of her education consulting business, from her workshops to the checklists she creates for her students.

Most parents focus on getting their kids to college, but that’s only half of the journey. There’s never a plan for what happens next, she said. Students don’t know what paperwork they need to fill out, when to file their student aid requests, or even what to do when they arrive on campus. 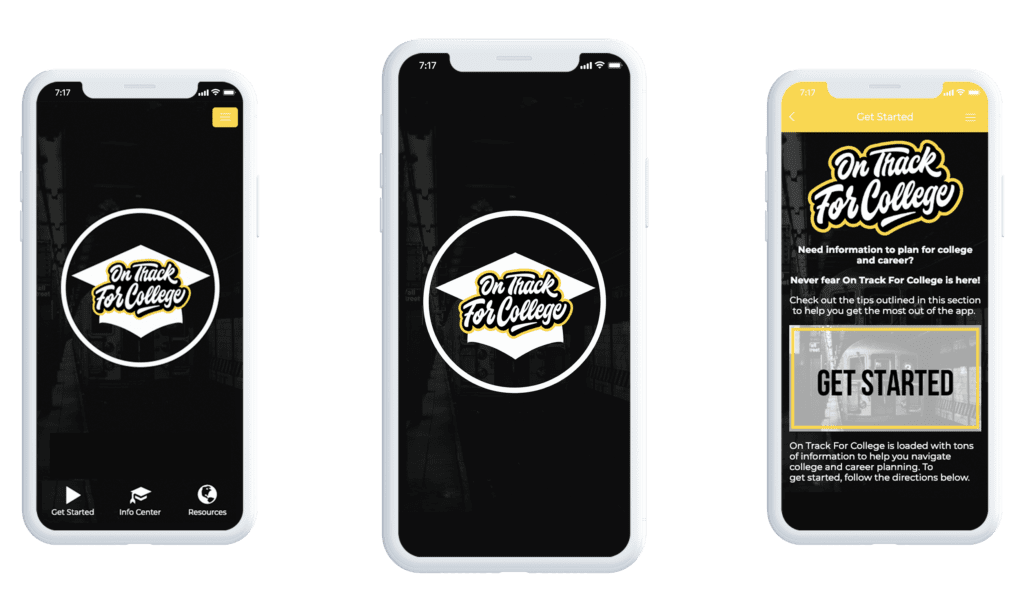 To fill that gap, Amber started On-Track with Mizz P. Her business offers workshops around college and career planning, curriculum materials and more to help high school students create their plan — and succeed when they get there. Though she primarily works with students in the New York City area, her curriculums have helped teens across the United States.

“There was no information present, so I wanted to create a business where I'm supporting people in figuring out what that next step looks like, because it's not something people spend time on,” Amber said.

Teenagers are always on their phones, and many of them struggle to find the useful information that exists online, Amber said. Despite having no design or development knowledge, she built an app with BuildFire’s platform designed to educate and engage her students.

“What if there was information that was coming to them that was actually useful information and not them just scrolling through Instagram and posting Snapchat videos?” Amber said.

Amber wanted her students to find the college prep process as easy as tapping a button on your phone. For example, teens could tap on the button to prepare for the SAT for free with Khan Academy. Then, they could tap another to sign up for the exam.

There was one hitch in Amber’s plan — she had zero experience with app development. No technical experience, no graphic design knowledge, nothing, she said.

After some research, she found a course designed to teach entrepreneurs how to build an app without having to write lines of code.

As she worked through the modules, she found the recommended platform was incredibly difficult, and she couldn’t get her app to work. Amber was nearly ready to quit. She knew there had to be an easier way. So, she looked at the list of alternative platforms the course recommended. On that list was BuildFire.

She had seen an ad for the BuildFire platform before, gave it a shot and moved on. But seeing the platform again on the list prompted her to give it another try.

‘I Literally Started With Nothing’

“I literally started with nothing,” Amber said of building her app.

From a technical perspective, BuildFire’s templates were easy to use and customize, which was a critical deciding factor for Amber. Pre-built templates sparked her creativity, and as she started working with the platform, she found not having a graphic design or development background was simply not an issue.

“I wanted to make sure that it looked that way so that people understand, I have a piece of me in the app as well.”

Because she was building an app on her own, Amber needed a partner with top-notch service. She loved that the BuildFire team was not only responsive, but also answered all of her questions thoroughly — even basic ones like how to change a picture or color.

Once BuildFire helped her through her initial questions, she found the platform’s resource library and support’s educational approach helped her figure out the tweaks and iterations on her own.

After about 3 months of building, testing and iterating, Amber released On-Track For College.

“I played around with it and I actually created something and I was like, whoa, awesome,” she said. “I can't believe I did this!”

Inspiring Students for the Future

After her app launched, Amber heard a lot of positive feedback from parents and students. Parents loved how the app kept them in the loop on their children’s progress, along with the educational resources. Students appreciated reminders to keep them on track.

Push notifications reminded teens and their parents of approaching deadlines: SAT school day, deadlines for applications, and other key dates to help students get into the school of their choice.

But there was one piece of positive feedback Amber didn’t expect. Everyone wanted to know how a teacher was able to build an app from scratch.

“I had a lot of kids that were really interested in tech and were just like, ‘Wow, I want to build an app!’,” she said. “It served more as an inspiration than anything because everybody's like, ‘How did you do it?’"

As a next step, Amber is working on a full redesign of On-Track for College for Fall 2019. Users will eventually notice a complete overhaul, from the look and feel to the content, to get kids more engaged and build a larger audience. She also wants to inject more of her upbeat, fun personality into the content to make it more authentic and relatable.

“I made something that actually helps people and that supports people through the process and will support many, many, many more in the future.”