What Are the Best Android Apps to Build for First Timers 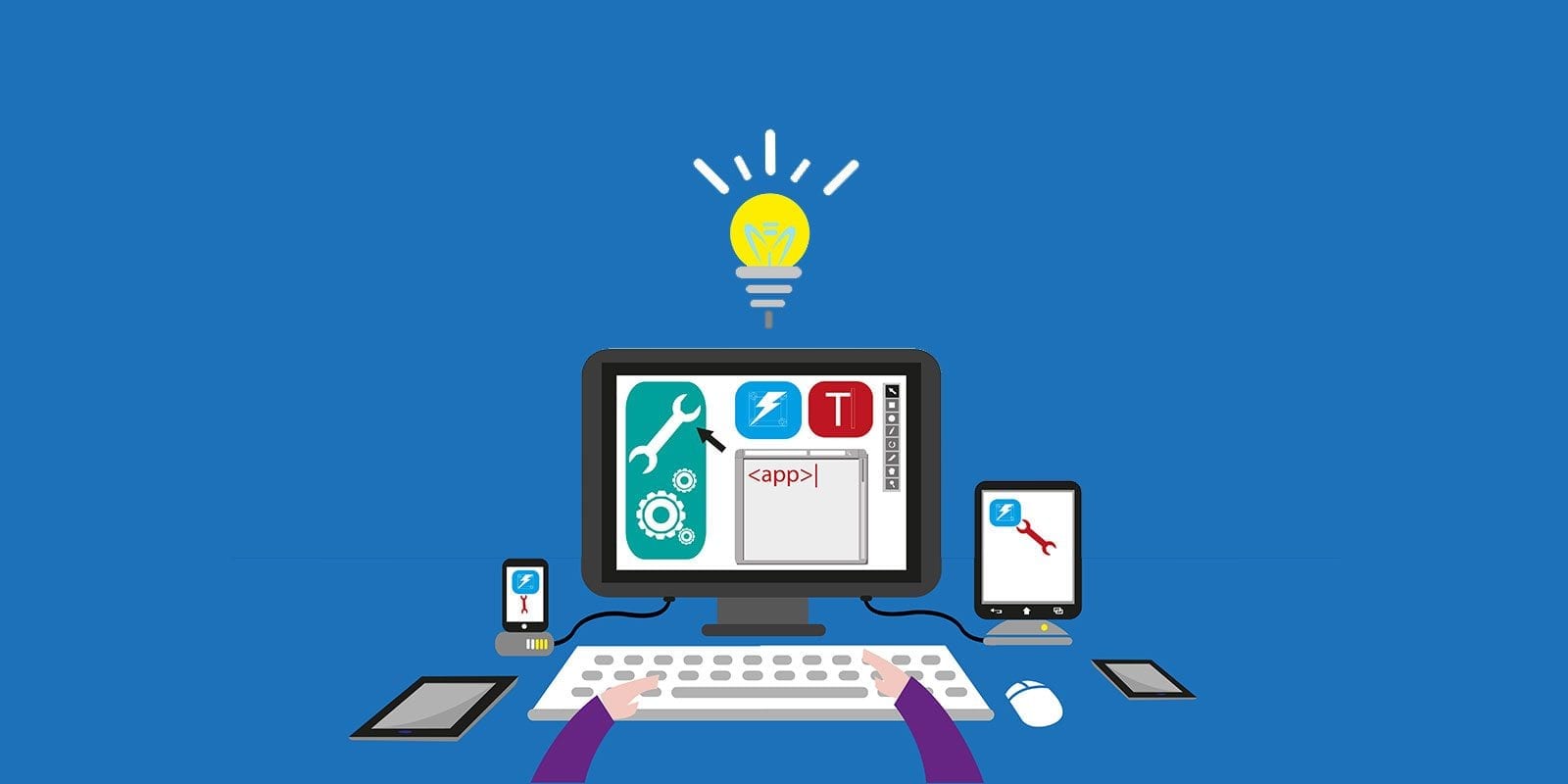 It seems like every day I meet people who want to get involved with the mobile app industry.

They’ve got a cool idea for something that they want to develop, but they just don’t know where to get started.

I even talk to some people who don’t have an idea, but want to start developing apps regardless.

They recognize the trends in the mobile industry and are drooling at the mouth for an opportunity to get involved.

So if you fall into one of these categories, you’re the inspiration behind this article.

As an expert in this space, I wanted to provide an informative guide on the best app for you to build as a first timer.

I remember what it was like to be in your position.

Like anything else, it’s intimidating to dive head first into something that you’ve never done before.

You’re not going to develop the next Snapchat or Uber overnight.

The Android platform is a good place to learn development skills because of its dominant global market share. 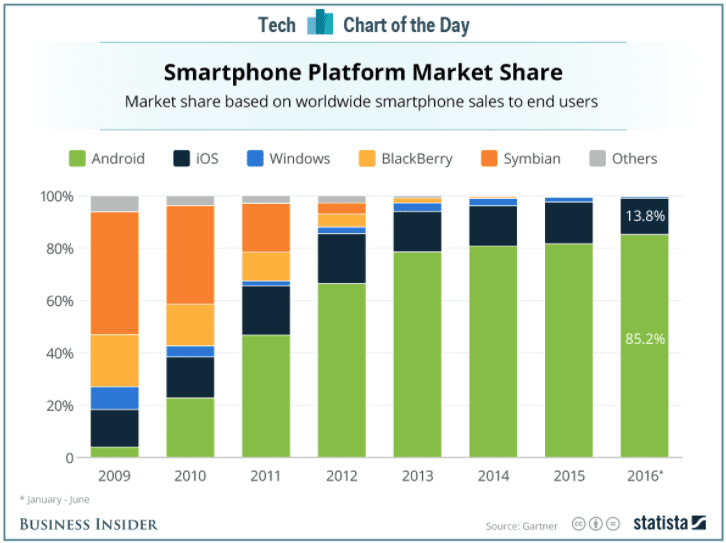 So now that you’ve chosen your platform, now comes the question, “What kind of app should you build?”

Build something that you would want to use yourself.

Think of a problem that you encounter in your daily life. How can an app resolve that problem or make something more efficient?

That’s the best place to start. Play around with those ideas until you can come up with some basic concepts and ideas.

This will help you learn the craft of app building.

You’re definitely going to make mistakes and encounter some speed bumps along the way.

That’s OK – it happens. What’s important is that you don’t let these obstacles discourage you. Recognize that anyone who has seen success in this industry has started where you are today.

You can apply this new found knowledge later in your career to more complex and polished projects.

Here are some ideas to get you started.

I don’t recommend trying to jump into complex development.

It would be like trying to run a marathon without ever jogging a mile before in your life.

Or imagine trying to do calculus equations if you never learned basic algebra.

So start by building a basic app that simply takes advantage of the features or hardware on the device.

This is a great technique for self validation. That way you can have instant proof if your coding and app building is good enough to just function on its own.

So think about some basic features that are already on the hardware of Android devices.

What can you write a code for that will tap into those hardware features?

All Android phones have a universal flashlight.

It comes standard with the phone and doesn’t need to be installed by the users.

So you know that these devices have the capability to turn on a flashlight. Now it’s just a matter of writing your own code to activate it.

The experts over at AndroidHive have a great tutorial that shows you the in-depth steps for coding an app that does this.

Here are some of the highlights of the steps that you need to take.

Those are just a few of the basics. It’s a great way for you to get started building something that’s simple.

You’ll get used to the coding process with terminology that’s simple to write and understand.

Think back to the root of what we’re doing. We just need to control a light turning on and off. It’s super simple.

Look for other components that are already built into Android devices.

Write code and develop an app that accesses the calculator or the alarm functions on the phone.

Then you can try messing around with different sound effects as well.

Remember, we’re just trying to crawl here. It may sound simple, but I promise that you’re going to struggle through this.

It will get easier and easier with each simple app that you build.

After you master those basic apps, try to create an app that involves checklists or quizzes.

Earlier you built something that had a simple function – on or off.

But now you want to create something that’s interactive. Give the user a choice between several variables.

Have each of those variables result in different outcomes.

Here’s an example to show you what I’m talking about. 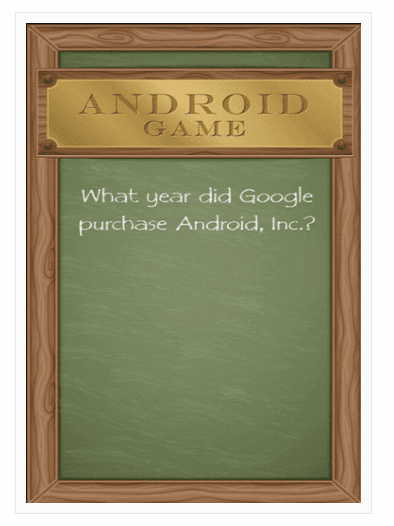 This would be the starting point for your interactive quiz.

You want to have a question pop up on the screen.

In case you were wondering, the answer to this question is 2005.

But now you want to create a multiple choice list for the user to select an option from.

You can have each potential answer appear one at a time or all at once. But regardless, here’s a look at what the screen will look like once the potential answers are available. 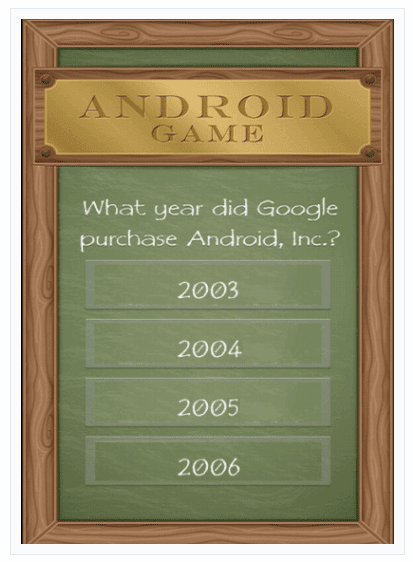 Now the user has to click on one of the four options.

But based on their response, something different should happen depending on which button they click.

These are the variables that I was referring to earlier.

So you’ve got to write the code for what changes on the next screen if the user clicks on a wrong answer.

So if they select one of those, something like this should pop up. 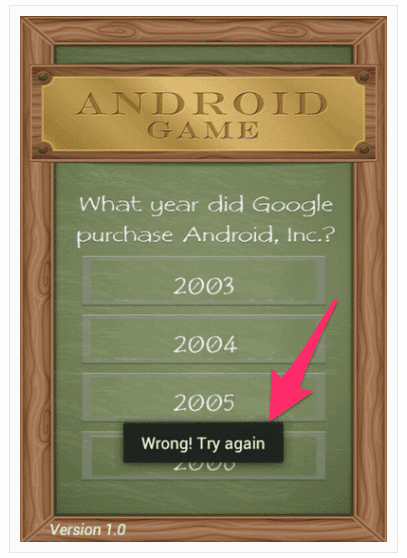 Let them know that they got the answer wrong and give them an option to try again.

Now if the user chooses the correct answer, you’ve got to write a different code for the next screen based on that variable. 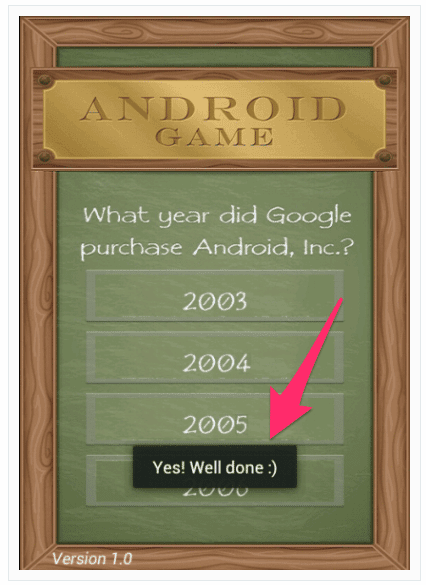 Continue through this process by creating multiple questions.

Each question needs to be a completely new screen with new variables.

Obviously, you can’t have the same choices for each question and there will be a different correct answer each time.

But the wrong answers are just as important because you need to write code for those variables as well.

You can also play around with different background images, the layout of the screen, and different sound effects.

This will not only develop your technical skills for coding, but it also helps you build a basic understanding of logic trees.

You can build an app that accesses the photo and graphics processing capabilities of Android phones and tablets.

These can help you learn things that are linked to the softer side of app building.

It will give you a better understanding of how an app should appear.

You’ll also be able to take these skills and apply them to apps you’re going to build in the future with different images and graphics.

Try to take what you’ve learned previously and apply it to an imaging app as well.

So build something similar but add a photo to it this time around.

Here’s an example of what I’m referring to. 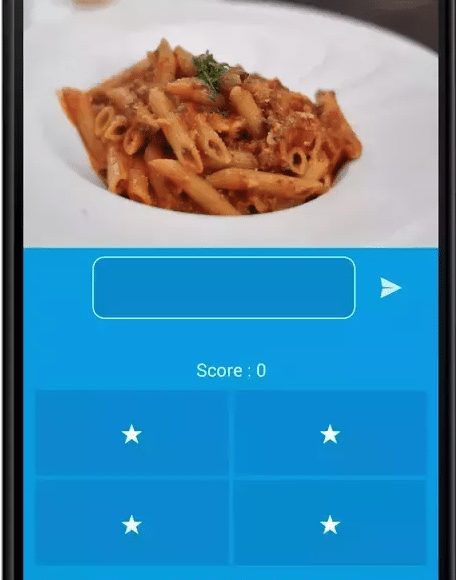 You can create a multiple choice screen for what’s pictured in the image above.

If the app is good enough, you may even be able to use it as a children’s learning tool.

In fact, industry experts expect educational apps in the United States to grow by over 28% by 2020.

With the way mobile learning tools are trending it’s definitely not a bad idea to build something in this space.

However, even if that’s not something that you want to get involved in right now, you can still do this as a stepping stone to learn the basics of building.

Write code that can access the camera on the devices.

Then test it out and take pictures through your app.

Tons of apps have this capability, so it should be easy for you to find a coding guide online somewhere.

All of these allow the user to access the camera from within the app’s platform.

Mobile banking apps have this feature so that their customers can take pictures to deposit checks instead of visiting a branch.

Companies who have an ecommerce store or accept payments through their app have cameras so users can photograph their credit cards as opposed to typing out the information.

That’s why it’s important for you to get a strong foundation of this coding now because it can ultimately be applied to tons of apps down the road.

Once you have a grasp on this, you can make your imaging app a little bit more complex.

Add features such as:

See what else you can come up with. Something like this will keep you occupied for a long time.

Mapping apps are another great option for beginners.

That’s because like everything else we’ve done so far, you can do this by simply accessing the built in mapping and location features of a device.

The Android developers have a great tutorial and learning tools on their website to show you how to do this for an app that you’re building. 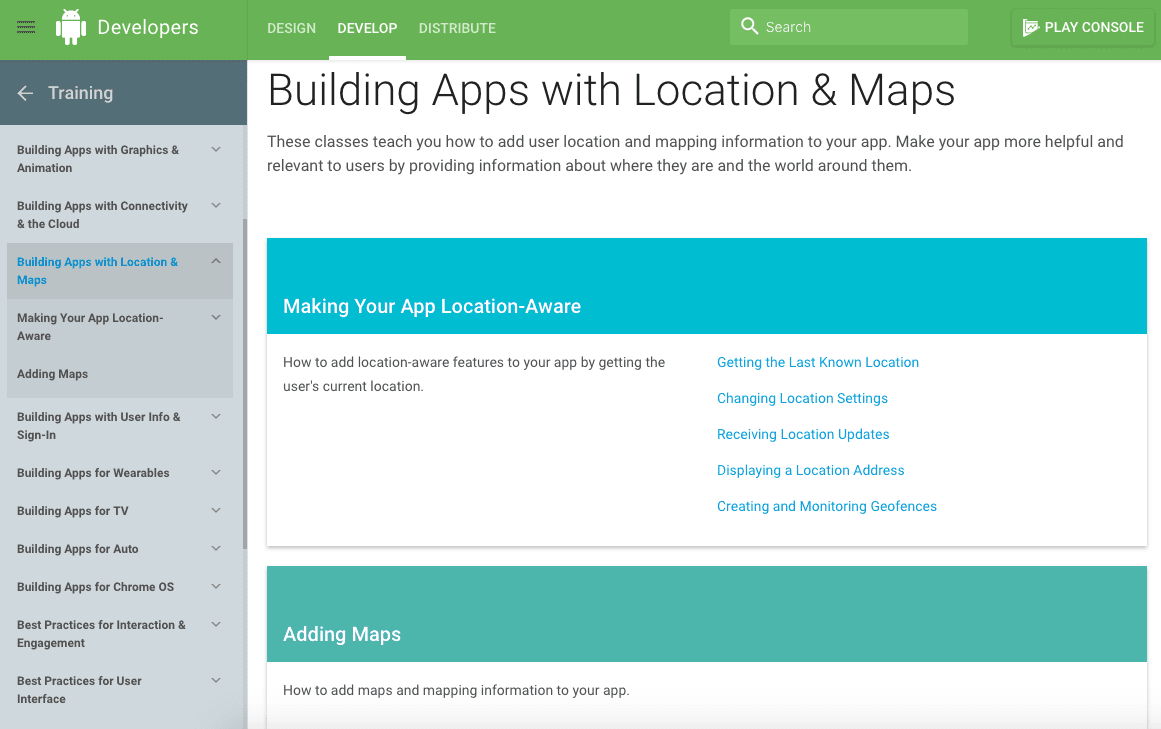 It all depends on how you want to approach this app.

Your app can be based off of the user’s last known location where they opened the app.

Or you could add a map to your app to give users directions for how to get somewhere.

Think about apps you might use on a regular basis that have mapping features.

Yelp is a great example. I use this app all the time to find the best places to eat whenever I’m traveling or in an unfamiliar area.

Their platform accesses the GPS to show restaurants nearby the user’s current location.

After that, users don’t need to re-type the address of where they want to eat into a separate mapping app. Yelp will give turn by turn directions straight from the app.

Then there are even more complex mapping apps like Uber. They connect drivers with riders in real time.

But let’s not get ahead of ourselves, you’re probably not ready to develop apps with as many features as Yelp or Uber.

However, you can take everything that you’ve learned so far and add mapping tools to it.

Combine everything that we’ve covered into one polished product.

For example, you could create a mapping app that uses a custom image triggered by a location alarm that the user has to check off or click when it occurs.

Building an app isn’t easy if you’ve never done it before, but you’ve got to start somewhere.

It’s important to learn how to develop on the Android platform because of how many Android users there are across the globe.

Just make sure you start small.

Build apps that encompass pre-installed features on the device.

Once you’ve mastered these basic functions, you can move on to more complicated coding and development.

Plus, these simple apps teach you the right approach to take when you’re building something.

Right now building the app should be secondary. You should also be building up your confidence.

Then you’ll have the skills to build something that solves a problem that you encounter in your personal life.

What’s the first app that you’re going to build on the Android platform?