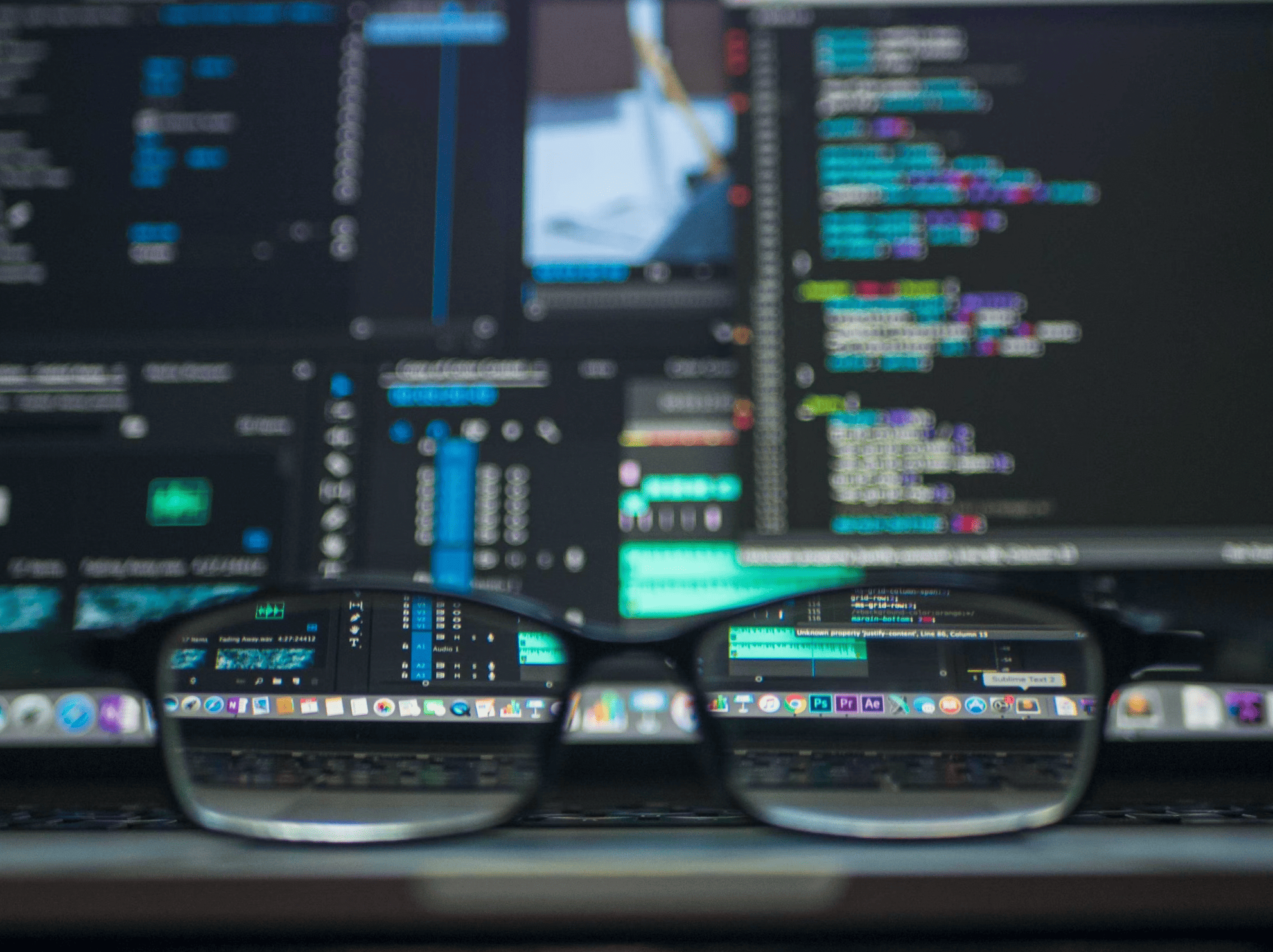 With that said, some low-code development platforms also offer no-code capabilities. Other platforms that are branded as no-code tools have some low-code options built in. (It’s no wonder that even savvy business users confuse these terms).

If you need help distinguishing the difference between low-code and no-code platforms, you’ve come to the right place.

This guide covers everything you need to know about low-code vs. no-code, including a clear definition of each, the differences between them, the pros and cons of no-code/low-code, and the best no-code/low-code platforms for development. Let’s dive right in.

What is Low Code?

Using no code to create software can best be compared to traditional development. The only difference is that no-code platforms offer different shortcuts that streamline the process. Rather than spending time coding repetitive tasks from scratch, low-code platforms have basic software elements and infrastructure already built.

Developers can focus the majority of their efforts on writing code for the smaller parts of the application that make it unique compared to other apps on the market. But all the boilerplate and repetitive code is handled by the platform.

As a developer, you can still write custom code over the automated code provided by a low-code tool.

What is No Code?

No-code is exactly what it sounds like. It enables anyone, regardless of technical knowledge or programming experience, to create applications without writing a single line of code.

Similar to low-code, no-code development also uses a RAD approach. But it’s completely hands-off when it comes to coding and programming.

In simple terms, anyone can use no-code platforms without any specialized skills or training. If you know how to browse the web, you can create an application using a no-code app builder.

Some of you might have experience building websites with platforms like Wix or Squarespace. Both of those tools fall into the no-code category.

What’s the Difference Between Low Code and No Code?

Let’s take a closer look at these differences below:

Low-code solutions are made for professional developers. These users need to have a background of programming and development to use a no-code tool. But they’re just looking for a shortcut that doesn’t require 100% custom code from scratch.

Anyone can use a no-code platform, including average business users who don’t have any development experience. While professional developers could technically use a no-code tool, most would prefer a low-code system—as it allows them to use their unique skills.

Low-code leverages open systems that allow users to add functionality to an application by writing code. For example, developers can create a custom plugin or feature on an open system and then re-use that code later for another project.

Traditional no-code platforms are closed. This means that you’d need to rely on pre-built plugins and templates for functionality. There’s no manual code written that can customize anything beyond the platform’s capability.

With that said, there are some no-code platforms that do offer custom extensibility through an open system.

For example, BuildFire is a no-code app development tool that’s also developer friendly. So if you want to create a custom feature for an app that isn’t available through a plugin, you can have a developer make it for you with the BuildFire SDK.

Other no-code platforms don’t offer this type of flexibility and customization, which is why BuildFire is the best app building software on the market today.

Low-code requires more time, training, and onboarding to get a project through development and deployment. It’s still significantly faster than traditional development, but the specialized skill requirements won’t get the application to market as fast as no-code.

No-code tools are all about plug-and-play. 90% of the work is already done—it’s just a matter of customizing a few details to make the app your own.

You won’t have to worry about too much time testing your app either since there are fewer chances of errors that would traditionally be introduced into an app through manual coding.

If speed is your top priority, check out this guide on how to launch an app fast.

Both low-code and no-code development can be used to create a wide range of different software and applications.

With that in mind, low-code is often the preferred choice for apps related to business process management, business workflows, internal business apps, and software for custom integrations. It’s a reliable choice for professional developers working on creating custom solutions for their employers.

No-code development can be used to create almost anything. It’s great for education apps, health and fitness apps, internal communication apps, event apps, ecommerce apps—the list goes on and on.

The main idea with no-code is that you’re taking advantage of as much pre-built functionality as possible. For example, every ecommerce app is going to offer the same basic features. The app will have products, a shopping cart, a payment portal, and some type of user profile. Making the app your own is just about adding your specific products and customizing the content and design to match your branding.

It’s also worth noting that neither low-code nor no-code tools are ideal for graphics-intensive apps, AR/VR apps, or games. If you’re looking to create the next Facebook or YouTube, low-code and no-code probably won’t get the job done either. These situations are better suited for traditional development.

What is a Low Code Development Platform?

A low-code development platform relies on visual tools and process modeling techniques to define different parts of the software, including rules, workflows, and user interfaces.

All of these visuals are converted to code on the backend thanks to the low-code system.

Developers seek out a low-code platform when they want to automate the basic and generic elements of coding, so they spend the bulk of their time on customization.

Low-code platforms provide the architecture and infrastructure required for development. Certain databases and repetitive features that are common across all apps are included already—it’s just a matter of enabling or disabling them to your liking.

90% of the code can be generated automatically using the tool. Then low-level code can be written from scratch to customize the remaining 10%.

How Do No Code Development Platforms Work?

Unlike low-code platforms, the no-code development process does not require any coding skills. A no-code platform relies solely on visual building on the front end.

You’ll start with a template, and then you can add content in plain text, change the colors, add videos, and control your design from a visual editor.

Adding functionality is simple. You just need to install a plugin or enable a function.

For example, let’s say you’re a personal trainer and using a no-code app builder to provide mobile training to your clients.

There’s a good chance you’ll want to add videos to the app that demonstrate how to properly do various workouts. You can add these with ease by installing a YouTube or Vimeo plugin to your app. Then it’s just a matter of selecting which videos you want to include and where you want them.

Maybe you want the app to have a booking feature for clients to schedule appointments. There’s a plugin for that too.

Or maybe you want an interactive map that shows clients how to get to a nearby gym where you work. That’s just a click away.

The functionality for all of these scenarios is already pre-built. While those functions aren’t included in the app when you’re first getting started, they’re already available on the no-code platform. You just need to add the ones you want to make your app unique.

Follow our step-by-step guide on how to build an app without coding for more information on how this works.

Let’s take a closer look at the advantages and drawbacks of using low-code tools for app development:

Pros and Cons of No Code Platforms

No-code software development is growing in popularity for varying use cases. But keep the following considerations in mind before you get started:

BuildFire is the best low-code/no-code development platform for iOS and Android. It’s the most powerful no-code development tool on the market today, but it also provides developers with the tools they need to code custom functionality from scratch.

With BuildFire, all of your app infrastructure and backend services are handled for you. You won’t have to worry about securing servers or managing databases on the backend to manage your app.

Just use the no-code visual editor to customize your app and see the changes in real-time through our app emulator.

The platform is completely web-based. So you don’t have to install anything to your computer to make an app with BuildFire. Adding features is simple. Just choose from one of the 150+ pre-built plugins from the BuildFire marketplace.

Need something that you don’t see in the form of a plugin? No problem.

BuildFire’s SDK empowers your developers to create custom plugins and features using low-code technology. If you don’t have developers and don’t want to hire any, that’s not a problem either. You can just reach out to BuildFire, and our in-house development team will create it for you.

When it comes to no-code/low-code app development, there’s truly nothing else like BuildFire on the market today.

Gone are the days when you needed to rely on hard coding from scratch to create software.

Low-code/no-code app development solutions make it easier for professional developers, citizen developers, and the average person to create an app with ease. There’s no need to spend a fortune, and it won’t take a year to deploy your app either.

These tools allow you to launch an app in weeks or months and for a fraction of the cost compared to traditional development.

With all of this in mind, it’s worth noting that low-code and no-code development aren’t the same. The technology does have some similarities, but they’re both very different at the end of the day.

If you’re unsure whether no-code or low-code is right for you, try BuildFire. BuildFire is the best of both worlds, and it’s trusted by business users with no coding experience and professional developers alike.

Sign up today to start your 14-day free trial.