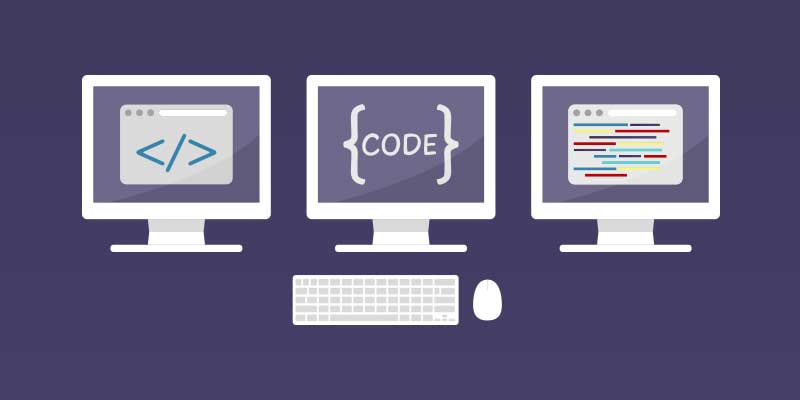 Have you been thinking about learning how to code for mobile app development? The first thing you need to do is figure out which programming languages to learn.

Years ago, when I first started developing, there were only two ways to build a mobile app—one for iOS apps and one for Android.

But today, there is a wide array of programming languages, frameworks, SDKs, and tools that you can use to build a mobile app.

I created this guide to help you understand the most popular programming languages and frameworks for mobile app development. You can use this information to decide which language to learn and invest in for your mobile app.

For the purposes of this resource, I’m going to skip over cookie-cutter types of mobile app builders. Technically, you don’t need to learn how to code use programming languages for that type of mobile app development platform. Check out our guide on the five ways to build a mobile app for more information on those alternative methods.

Before we continue, I just want to quickly cover the different types of app development from a coding perspective. Generally speaking, mobile app developers can build an app in one of these three categories:

The most common topic you’ll hear when discussing mobile application development is the difference between native and hybrid apps. This has become the great debate for developers for quite some time now.

There are pros and cons to this method, along with the others. We’ll take a closer look at the advantages and drawbacks of these app development methods as we continue through this guide.

The iOS platform was created by Apple. If you develop an iOS app, it will work across Apple devices like iPhones and iPads. Apps built using an iOS programming language can be made available on the Apple App Store for users to download.

In order to build an iOS app, you need to have an Apple developer account to get started. You’ll also need the Xcode IDE installed on a Mac computer (you can’t build and debug properly on a Windows computer).

Xcode comes with everything you need to create apps for all Apple devices. This development toolkit has a code editor, simulators, a debugger, and SDKs.

There are two native programming languages for iOS development—Objective-C and Swift.

Let’s take a closer look at each one of these Apple programming languages below.

The language isn’t very developer-friendly. One of the drawbacks is that the syntax feels clunky, and the square brackets can be tough to debug.

Swift was introduced in 2014 as an Apple programming language. It was eventually available for development in Xcode the following year.

This language has quickly become the developers’ preferred language when building an iOS app. If you want to develop iOS apps, this one of the best programming languages to consider. The usage of Objective-C has declined since Swift’s arrival. For any modern applications built on Apple, Swift is heavily encouraged.

Compared to Objective-C and other programming languages, Swift is easier and more compact. Any Apple developer who already knows how to build with Objective-C shouldn’t have any issues switching to Swift.

Android is an open-source software development platform run by Google. While Google has its own mobile device options for phones and tablets, other manufacturers, like Samsung, Huawei, and more also produce phones and tablets that are powered by the Android OS.

Android IDEs can typically be run on any OS, including Windows, Mac, and Linux. 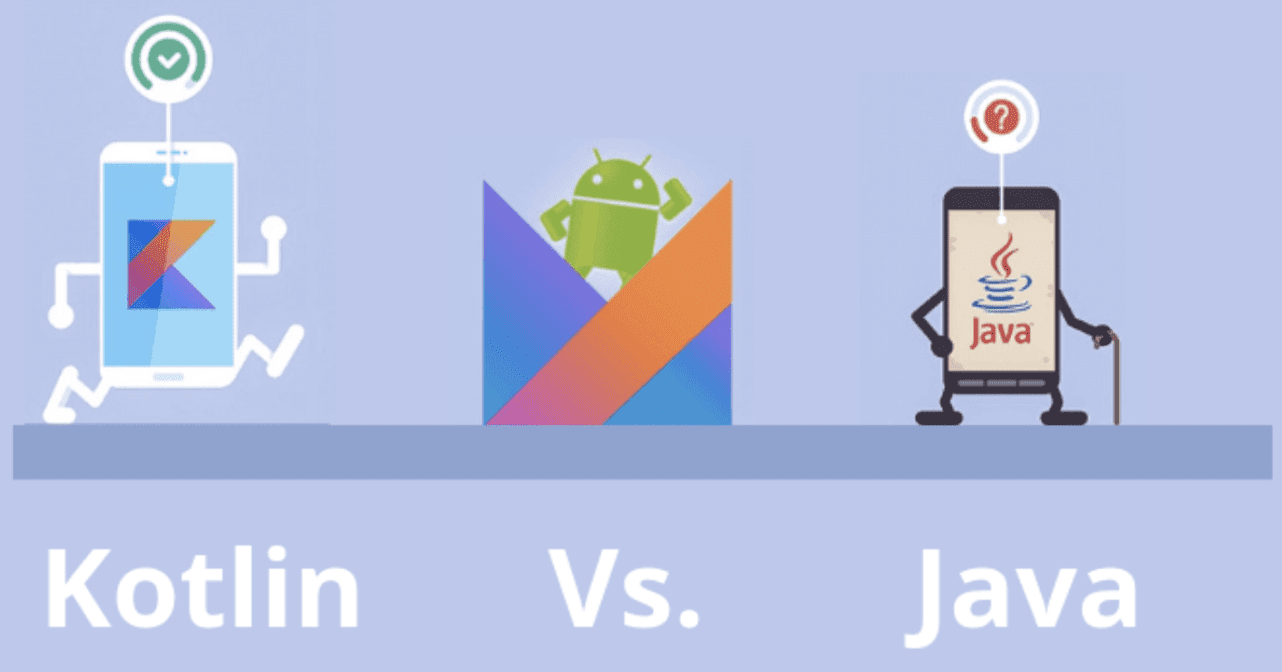 Since Android was officially launched in 2008, Java has been the default development language to write Android apps. This object-oriented language was initially created back in 1995.

While Java has its fair share of faults, it’s still the most popular language for Android development since it runs on a virtual machine. As an object oriented option for mobile development, Java is commonly used to develop Android apps.

Most of the other Android languages are considered a version of Java or a flavor of Java.

Google announced that it would start supporting the Kotlin programming language in 2017. It’s an alternative language to traditional Java for Android development, and it runs on the Java Virtual Machine. Even as a new language, it’s very popular.

Kotlin and Java are interoperable, meaning they can make use of the same information. All of your Java libraries can be accessed with Kotlin. From an execution standpoint, the Kotlin language complies with Java Bytecode. Overall, it’s considered a neater and cleaner version of Java.

As I said before, all of the programming languages for native mobile apps. have their pros and cons. Whether you’re using Objective-C or Swift for Apple or using Java or some other flavor of Java (like Kotlin) for Android, these are the benefits and drawbacks.

While native programming languages give you the most control over your app, they are difficult to learn and take a long time to develop. Unless you’re building a highly specialized app, you probably won’t need to go the native route.

Hybrid applications are developed once, but written with a programming language that works for multiple platforms.

Most commonly, a single development will work for both iOS and Android. Although some hybrid languages extend their functionality to other platforms, like progressive web apps (PWA) or mobile web apps. This is nice to have for those of you moving into a more web-friendly environment.

Let’s take a closer look at some of these options below.

Other low-code types of alternatives like OutSystems and Kony have an SDK that can be used with different languages, not just one. There are other languages for mobile app development that use system programming language with syntax similar to C#.

Using an IDE for hybrid development, the C# code is cross-compiled to run natively on iOS and Android devices.

The most popular hybrid languages use JavaScript frameworks. It’s kind of a general-purpose programming language for multiple use cases.

These are just a few of the top options. Google even has some niche builders called Dart and Flutter.

Reactive Native and Appcelerator both use JavaScript to communicate with pre-built functionality that is native to their framework. This allows you to manipulate the UI, collect data, and retrieve data so you can present it to the user.

Basically, this means that you’re heavily relying on JavaScript to manipulate native components. Programming a mobile app this way has its pros and cons.

The barrier of entry to learning this programming method is around a medium level.

What does this mean?

This method allows you to build just like you would do for a website. So if you’re a web developer, you’ll feel right at home here. It uses Javascript, HTML, and CSS. That web environment is ported over natively to iOS and Android. The final software will work on multiple types of mobile devices.

If you’re developing mobile games, a machine learning native app, or augmented reality (AR) native app, this solution probably isn’t best programming language for you. Both of those require a higher frame rate.

MBaaS (Mobile Backend as a Service)

All of the hybrid frameworks and native programming language to build mobile apps all have two things in common—they all need to be built from scratch, and they are all missing a major component.

Anybody who has developed a mobile application in the past understands that the app itself is only a portion of the entire environment and the total solution. You’ll also need a massive mobile backend as a service—better known as MBaaS.

What do you need an MBaaS for? Here are a few examples:

The list goes on and on. These are all servers living in the cloud that you need to develop as well to support your application. Unless you’re building a simple app, like a calculator, you generally need some type of user authentication, database, CMS, etc.

This is where the BuildFire JS comes into play.

The BuildFire JS framework allows you to build just like you would in a Cordova Hybrid platform. You can use web technology like JavaScript, HTML, and CSS. But this framework doesn’t force you to build everything from scratch. 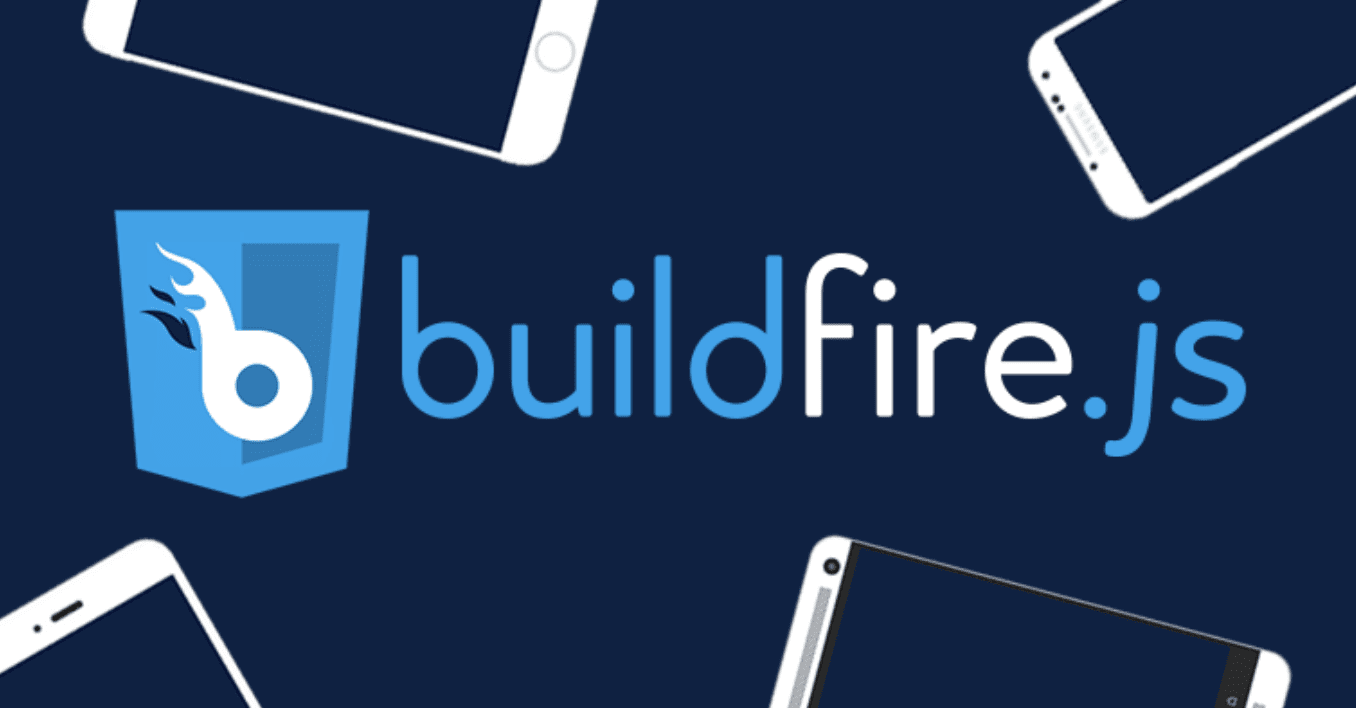 Things like authentication and push notifications are built on top of an existing platform. That platform has all of the typical functionality that most apps need, like user logins, password reset functionality, access to databases, access to CMS platforms, and so on.

With the BuildFire JS, you only need to build what is unique to your specific application.

Analytics servers, databases, push notification servers, API gateways, and so much more are all part of the massive MBaaS provided by BuildFire.

All of this is bundled in an open-source environment that allows people to constantly add new features to the platform. You can integrate those features into your app without the worry of security problems or licensing.

Once all is said and done, and you’ve developed your app with BuildFire, there’s a backend control panel that allows you to administer your app over the air without having to deal with the hurdles of publishing and upgrades.

Since your app is built on a platform with an MBaaS, you won’t have to worry about any new policies, regulations, compliance issues, features, and more on iOS and Android. BuildFire makes sure that your app stays compliant.

You just need to find out what’s best for you, your business, and your goals.

These are some of the questions that you need to ask yourself to determine where your time, effort, and resources are best served. At the end of the day, just make sure you can go to market quickly with the best possible app.